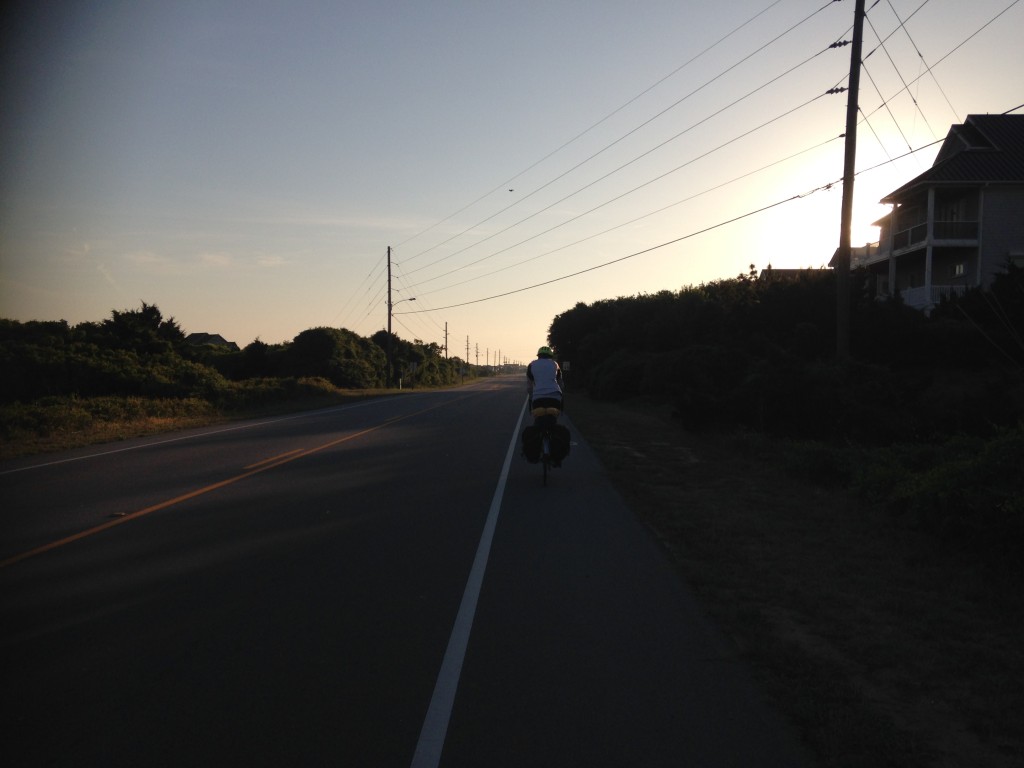 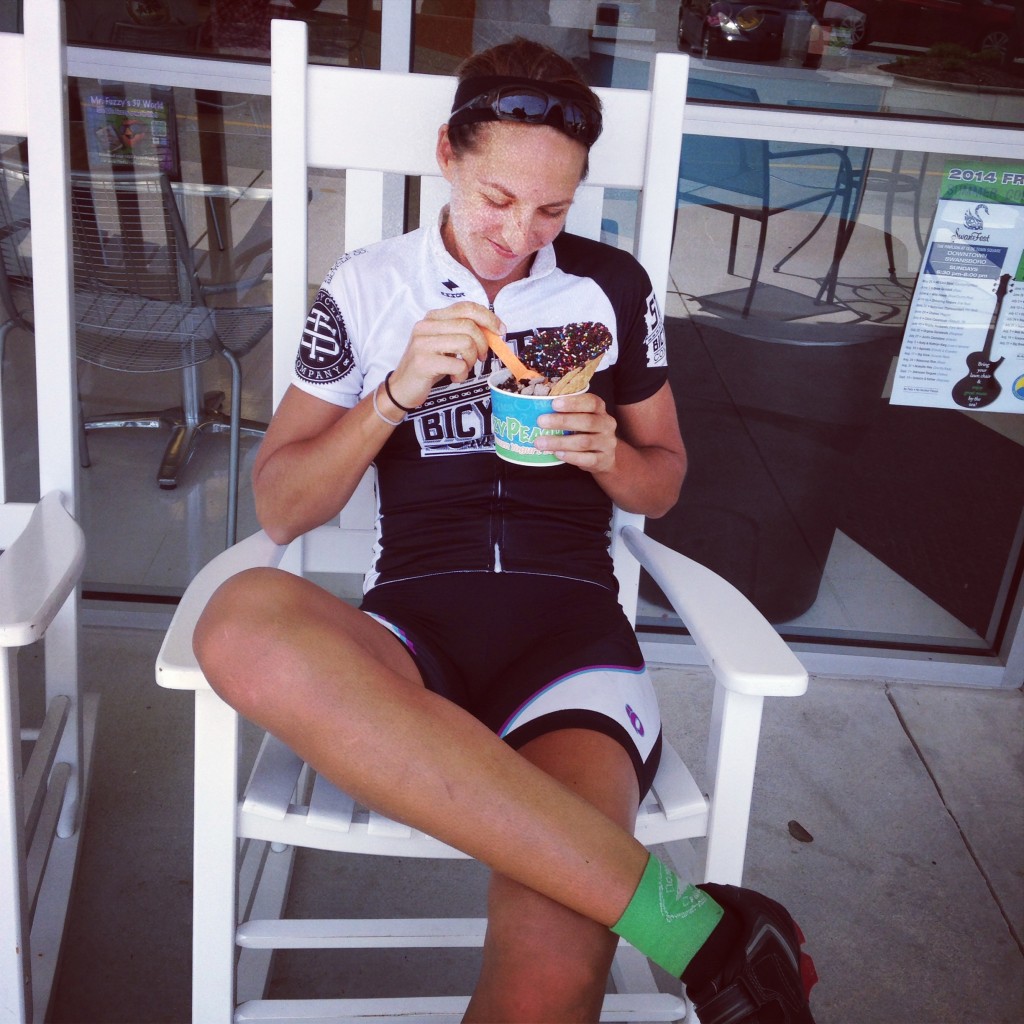 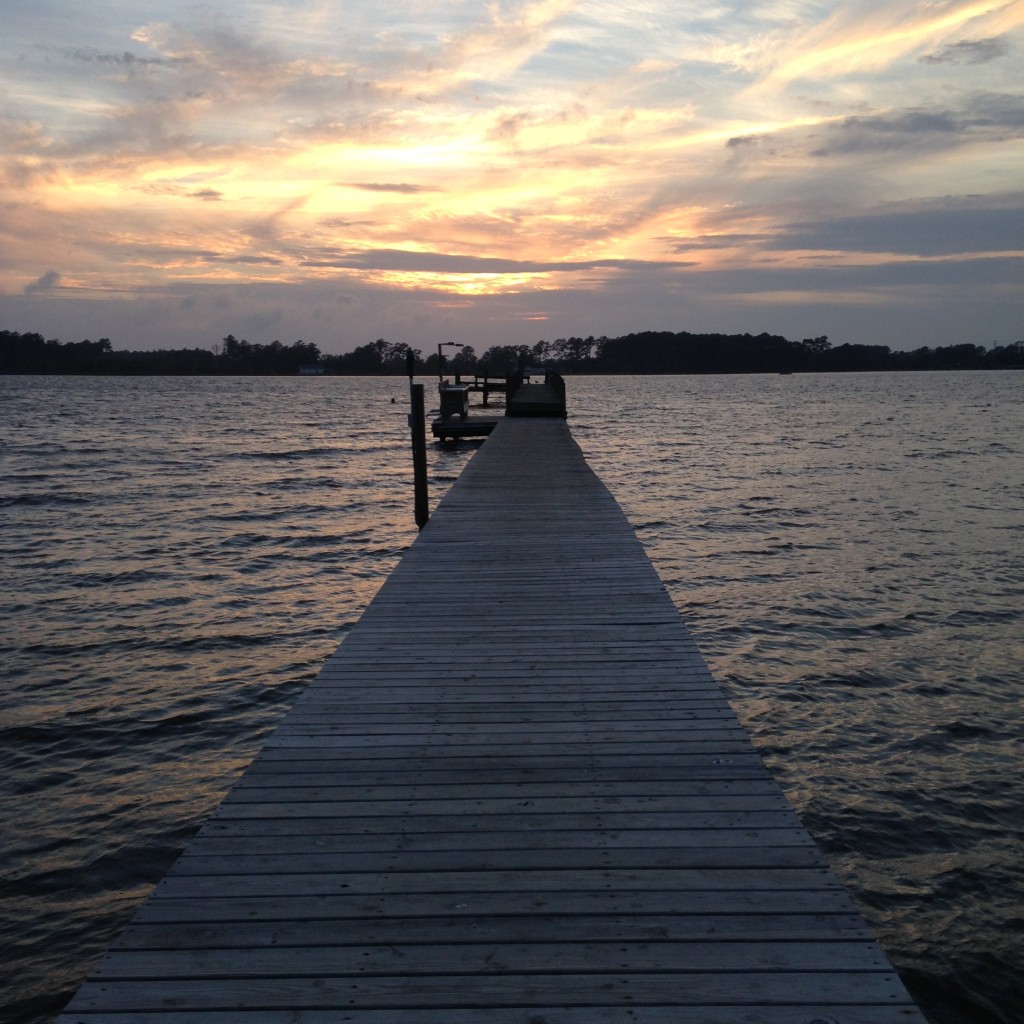 In the morning in Southport we went out to breakfast with our awesome Warm Showers hosts, Bob and Nancy, before they rode with us to the ferry dock in town so we could cross the Cape Fear River. Another excellent Warm Showers experience, thanks to Bob and Nancy for the hospitality! 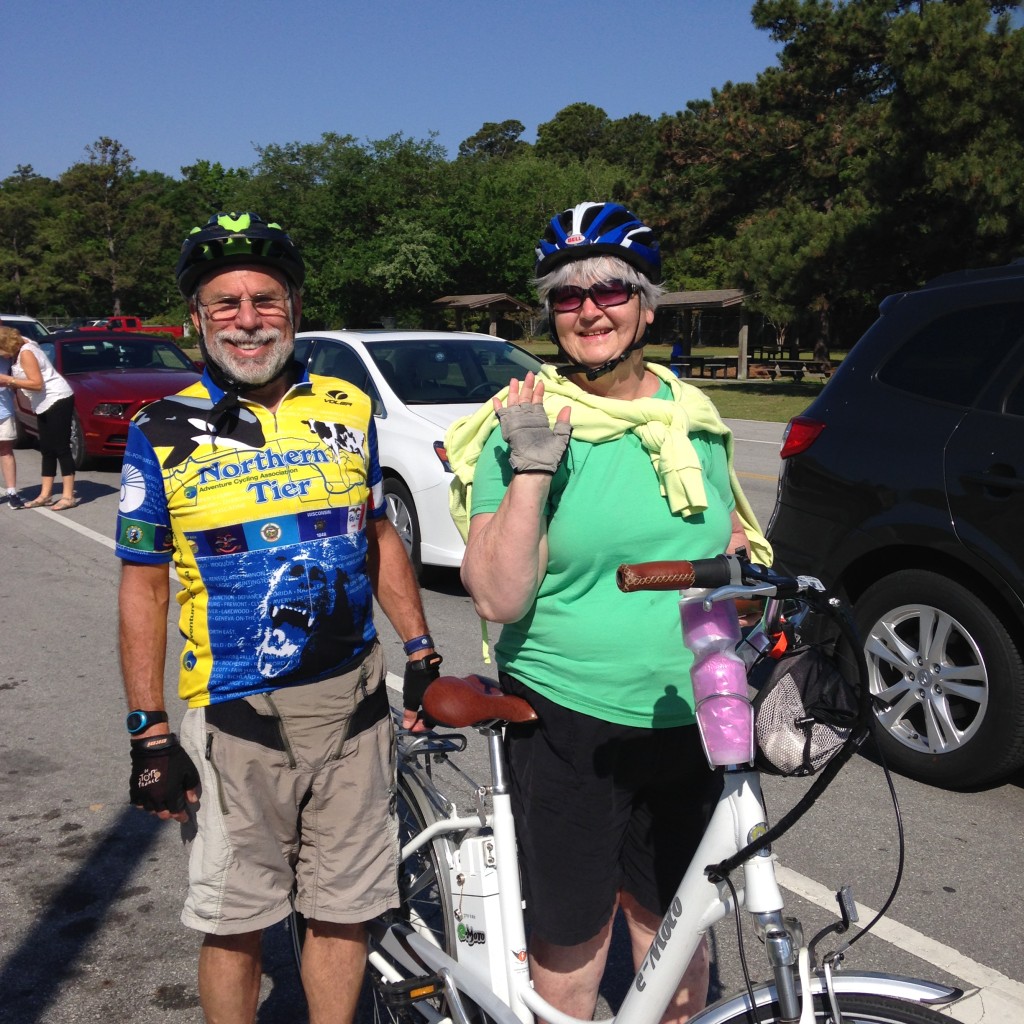 Bob and Nancy, our most excellent hosts

We had a smooth day of riding up the coast of North Carolina and into Wilmington, where we stopped for a few hours at a river side coffee and lunch. It was hot as blazes and the air conditioned break was necessary. We felt motivated to get going again before long, because the winds were somewhat with us and we were planning to camp at a beach state park that night, which sounded beautiful and relaxing. When we got into Surf City we felt that we had deserved a beer, so we researched a local spot and found a bottle shop that had all kinds of intersting things to try. It was run by this guy who looked like aspired to be mistaken for a poster boy for the 1970s hippie movement, walking around the shop barefoot and sporting a homespun tie-dye shirt. The whole experience was excellent. 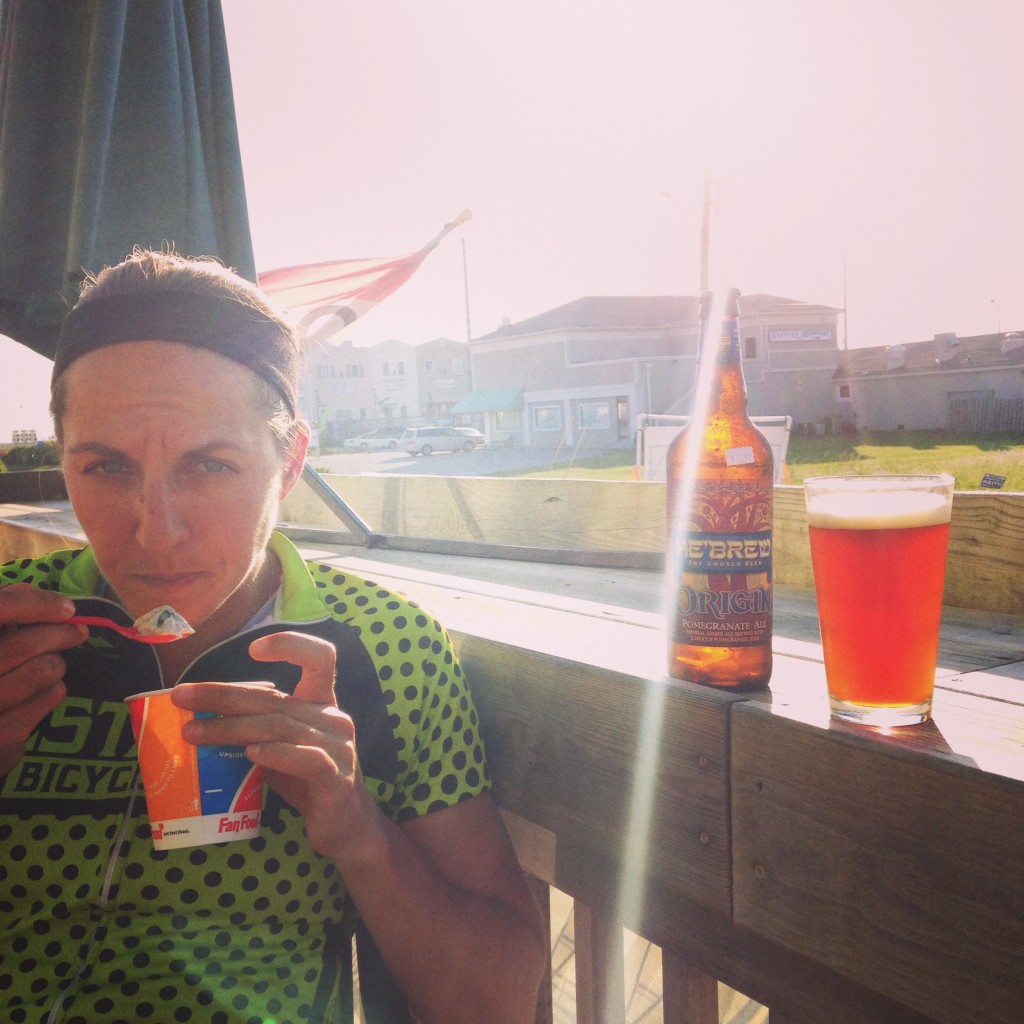 DQ ice cream and a beer in Surf City

We got to camp and set up shop, made friends with our neighbors (who later tried to bring us pepperoni pizza, but we had sadly already gone to bed because we keep the schedule of an elderly person), and went for a walk on the beach.

The NC coast is very lovely

We purposefully made the ride into Myrtle Beach a short one, only 27 miles, so that we could have the beach day that we’d been dreaming of since leaving San Diego. It turns out Myrtle Beach isn’t quite as nice as we had hoped, it’s more resort-y and less cute town-y than we were looking for, but it was fun nonetheless. When we first got to town and didn’t have a plan we did what we always do and found a coffee shop. The aggressively loud Christian rock radio chased us out before long so we found a cheap motel, put our stuff down and went to the beach! Running into the Atlantic Ocean (see here for video evidence) was cold but excellent, and we got pina colatas to celebrate our arrival on the Atlantic. 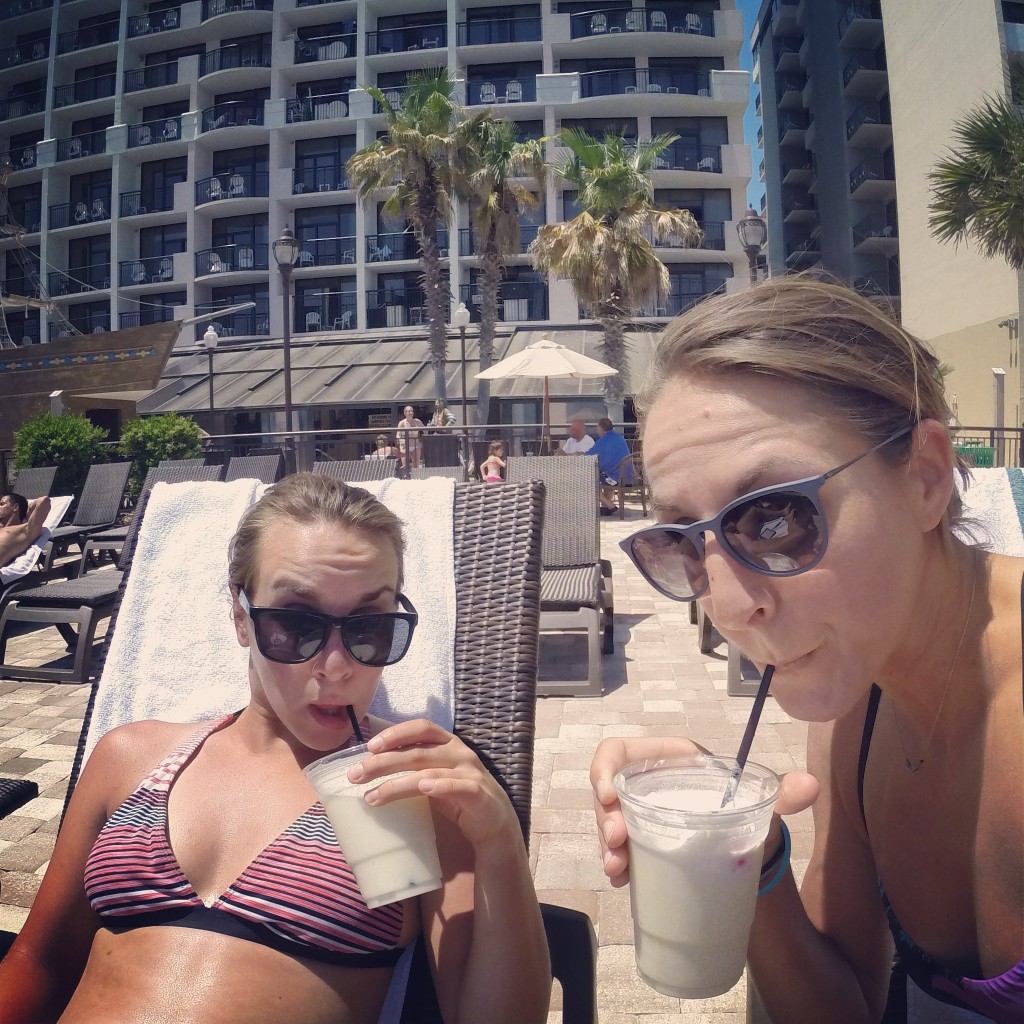 That evening we did the other thing that we always do, and found the local brewery! New South Brewing, located a toasty 30 minute walk from our motel, was delicious and came with complimentary beer infused beef jerky. We made a fun night of it.

We went for an extra swim in the morning, did our laundry and continued north up the coast. It was a lovely day of riding, but very hot, and included long stretches of riding along the coast. Shortly before crossing into North Carolina, South Carolina gave us one more surprise: a tractor in the middle of the sidewalk that we were riding on. We were happy to have a sidewalk, and right when SC threw us bikers a bone, they put a tractor in the middle of it. 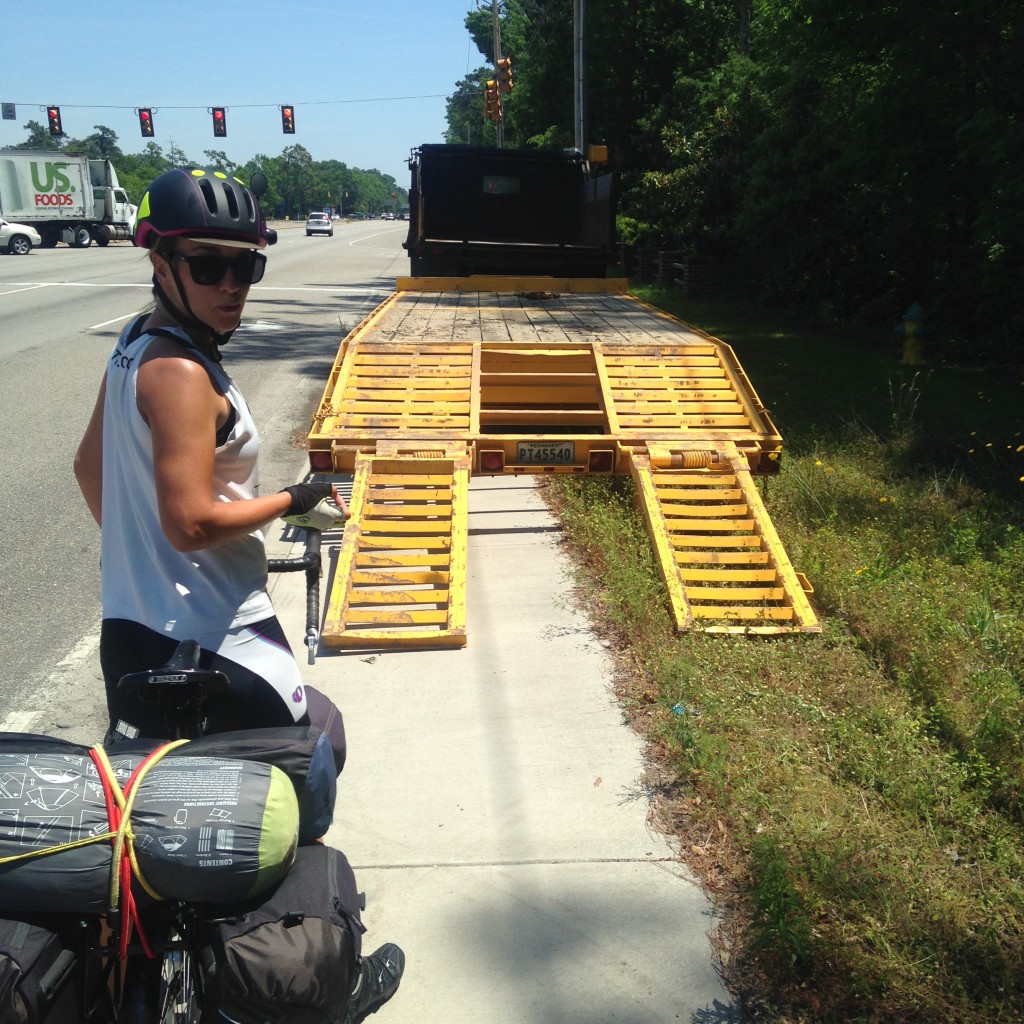 This exemplifies the experience of biking in South Carolina

We crossed a new state line (video evidence here) and eventually cruised into Southport, where we are currently staying at another lovely Warm Showers host. With a dinner of turkey burgers and cookies, we’ll be ready for more tomorrow.
May 8, 2014 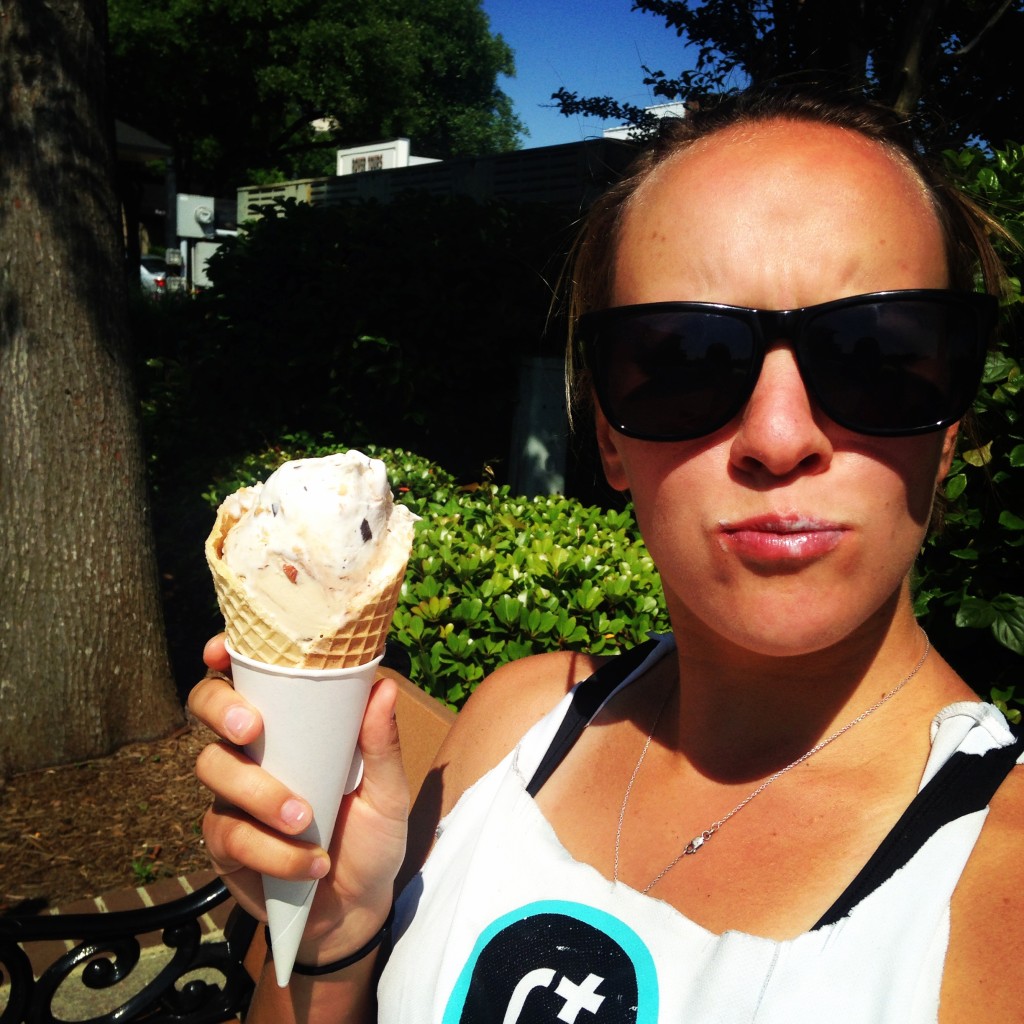 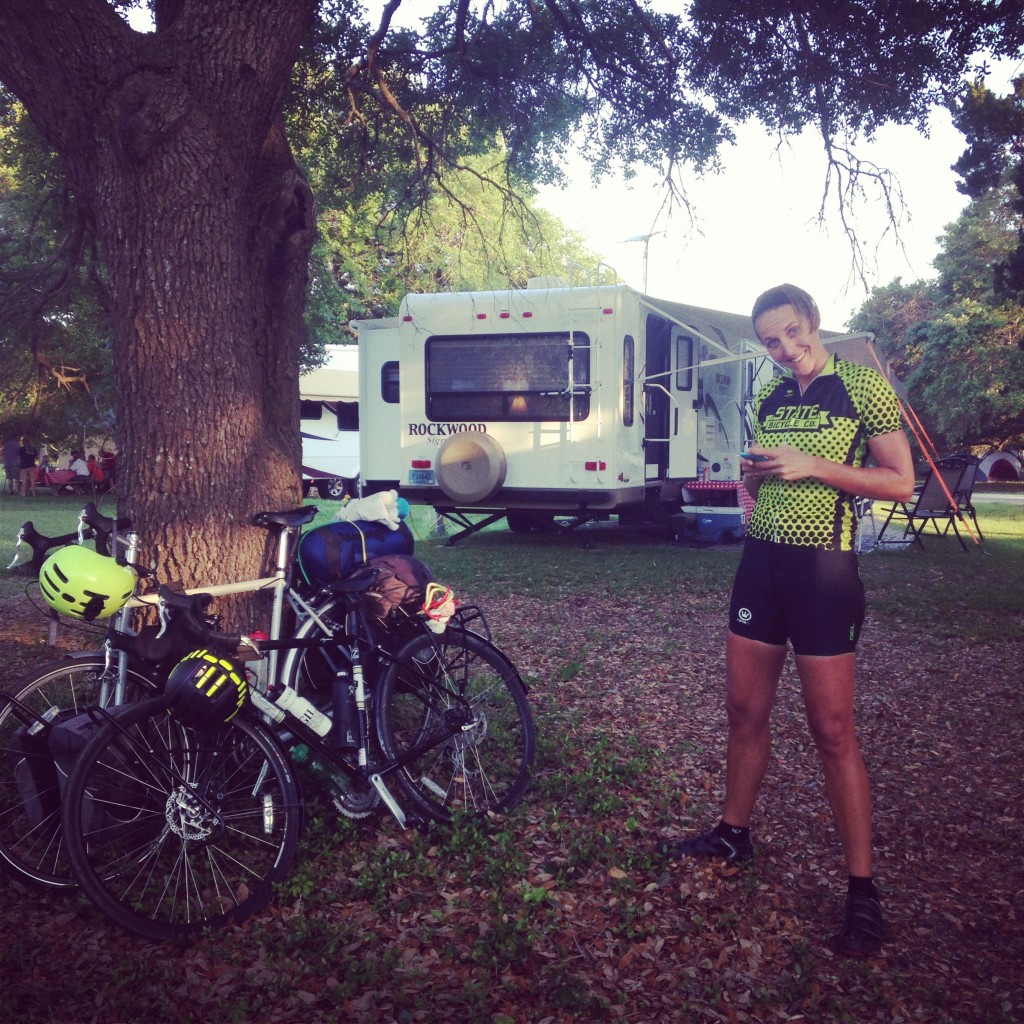 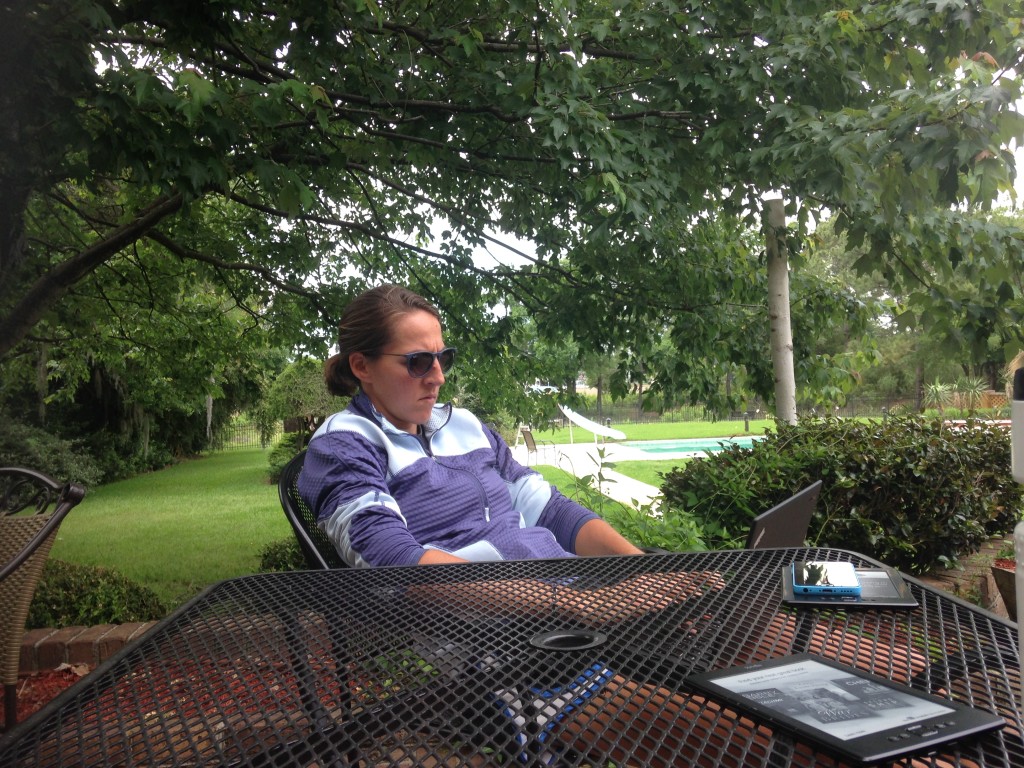 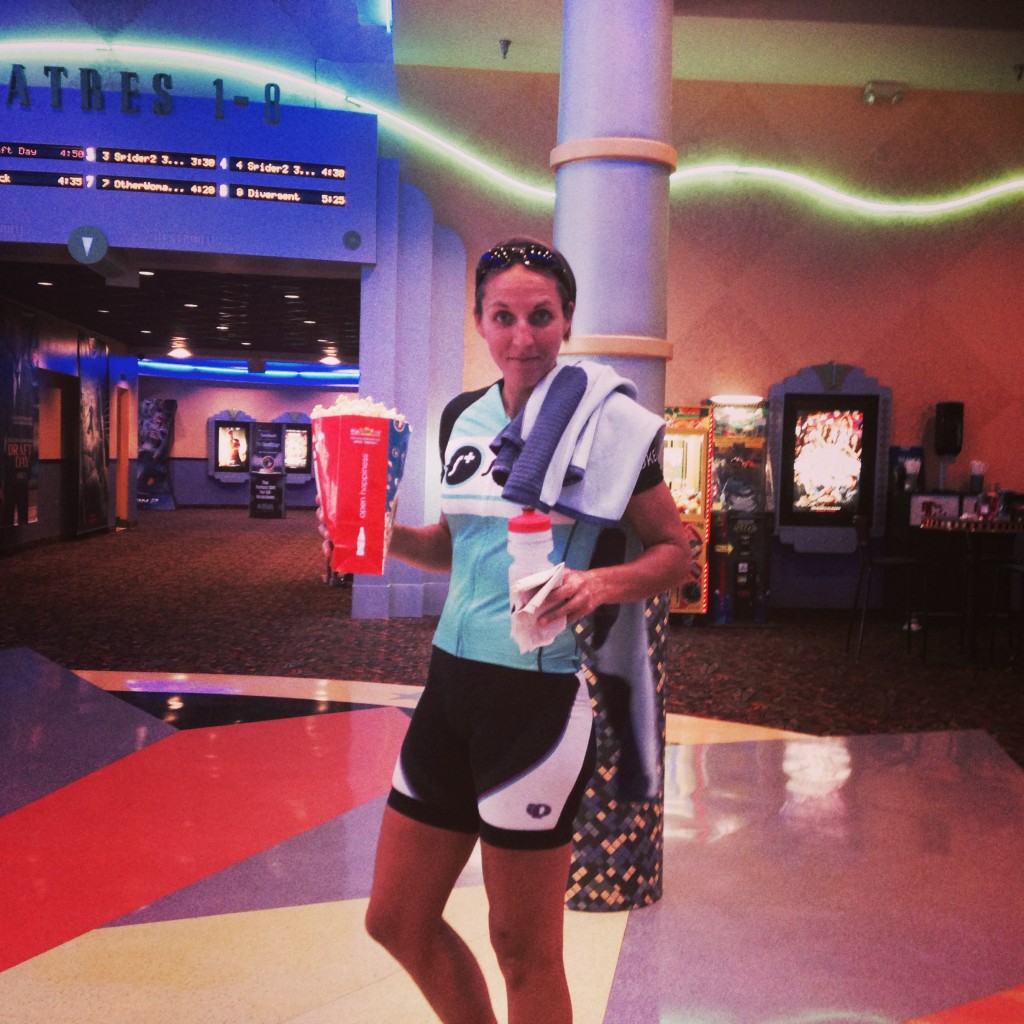