We had planned much of the last four or five days around the fact that on this day, Thursday, we would have favorable winds going the 90 miles from Sanderson to Comstock. This, as opposed to the gnarly winds from the East we had been getting non-stop, would ensure that we got to Comstock safely after riding through miles and miles of flat desert and no towns. 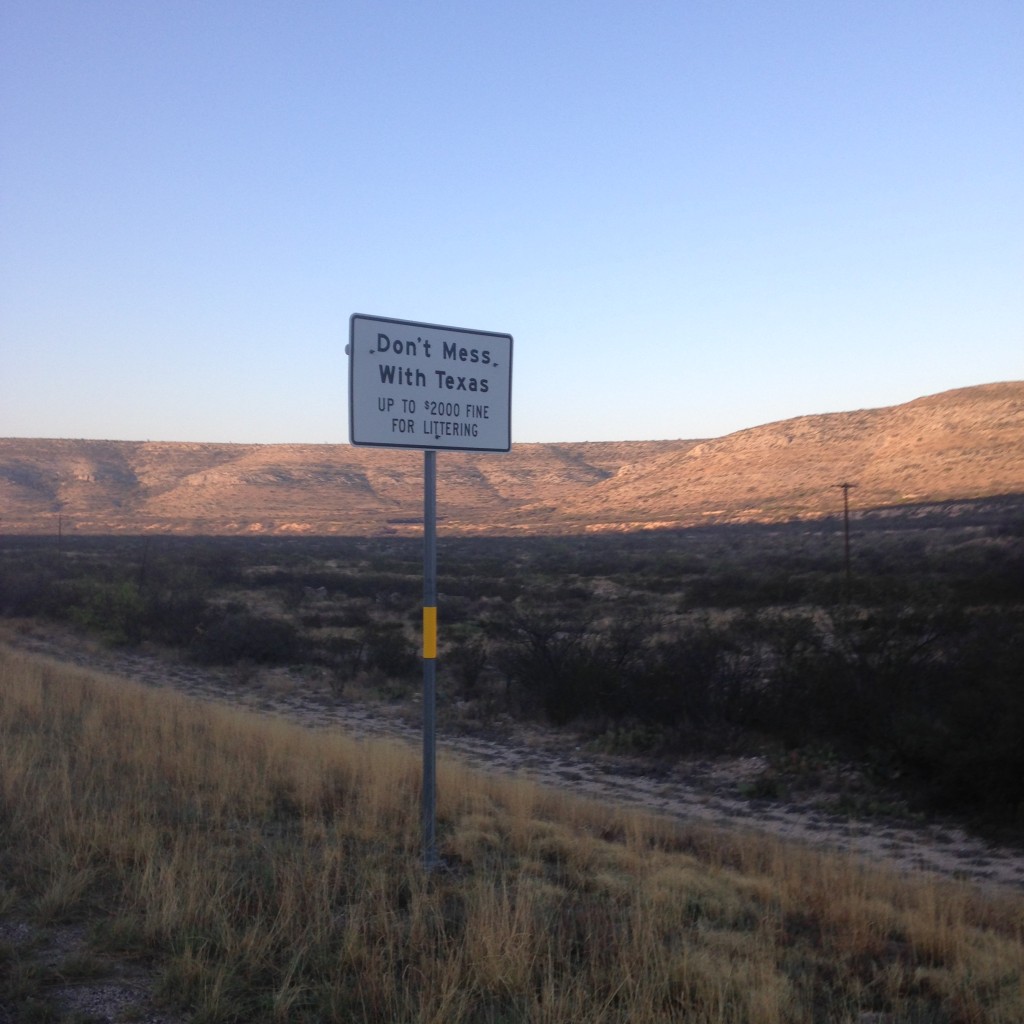 The day started off promising, we got up and out of camp by 8:30am and started by flying through our first 20 miles, where we stopped in a “town” called Dryden (5 buildings, 4 of which were abandoned and boarded up and the one sold us Gatorade and nothing else) to rest for a minute. When we got back on our bikes the wind started up, and in the wrong direction,  and the long-mentioned rolling hills of Texas began coming our way. Up and down and up and down we went, the ups always taking way too long compared to the downs, and the wind preventing us from ever having a chance to stop peddling.

The one place with services in this 90 mile ride is a tiny town called Langtry, 60 miles in, where there is one small museum, and one motel/convenience store/ souvenier store/ diner. That’s all of those in one building. We were excited to see Frankie there, so we sat down for lunch and despite everything on the menu costing between $2 and $6, we spent $45 between the 3 of us. We ate a feast: egg/bean/potato burritos, home fries, homemade apple pie, Gatorade, water, and whatever else came within a 3 ft. radius of our mouths. Whatever, we needed our strength.

Sharon Cash, the Langtry eatery manager and cook, who took our order and cooked our food with a cigarette hanging out the side of her mouth. She is a character to remember. 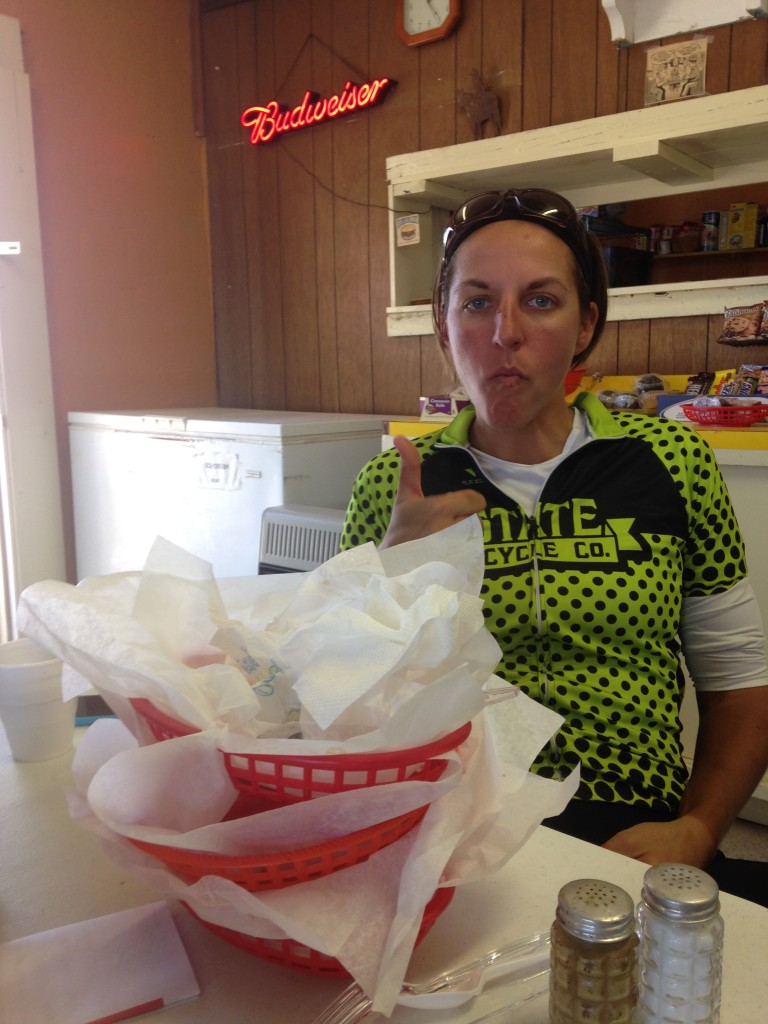 The last 30 miles of this day were deathly. The wind picked up considerably and jostled us back and forth as it spun its way through the obstacle-less Texas landscape, and the hills got steeper and higher. We struggled heartily during this section; it was not fun. But finally it came to an end, in the miniature town of Comstock, where we found the one bar that was plastered with racist bumper stickers and we made fast friends with a threesome of motercyclists who were on their way west. We chatted with them, they even bought us a beer (“you need your calories!”) and gave us their business card and cell phone numbers, in case we wanted to hang out when we got to Austin, where they lived. It was the thousandth time this trip when we caught ourselves in a social situation we had never previously thought we’d be, and it turned out to be as great as every other one. 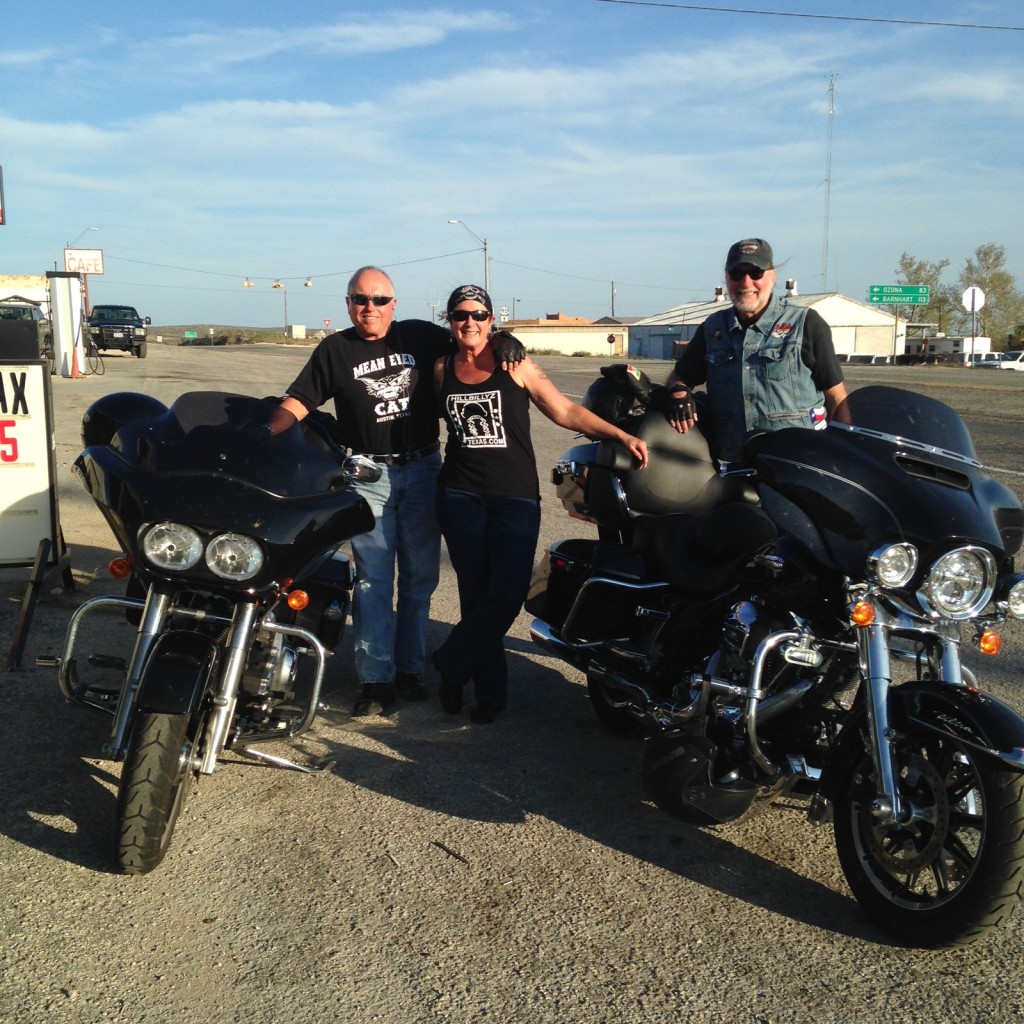 Frankie rolled in shortly behind us, and the three of us split a cheap motel room where the proprietor got drunk and fed us stuffed mushrooms and, unexpectedly, busted out a 6-pack of Reese’s Klondike bars and told us we needed to eat them. So we did, and they were delicious.
« Day 22: March 26, Marathon to Sanderson » Days 24 – 26: March 28 – March 30, Comstock to Del Rio to Austin!